Descending with a Gri Gri

The Petzl Gri Gri is a versatile auto locking belay device that can also be used to ascend or descend a rope. One widely touted disadvantage of the Gri Gri is that it can’t be used to double rope rappel. This is true, but as I’ll discuss, a Gri Gri can still be used to descend in many scenarios… 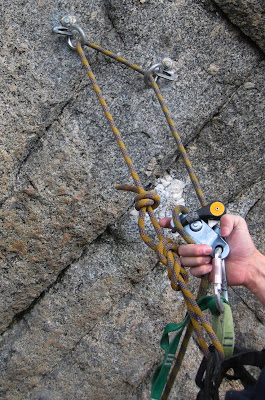 Fig. 1: Lowering oneself from a sport climb

Lowering
For sport climbs shorter than 1/2 of the rope length, a Gri-Gri can be used as shown in Figure 1 to lower oneself to the ground. The anchor must have chains or rings for this to work. This method is especially nice when the route is difficult to clean (read steep) because the climber can take both hands off the rope and still be locked off.

2. Rap on the “fixed” side of a double rope rappel. Refer to figure 2. The climber descends on the side opposite side of the anchor from the rappel knot. One could add a stopper carabiner if there was a question as to whether the knot could pull through (shown). 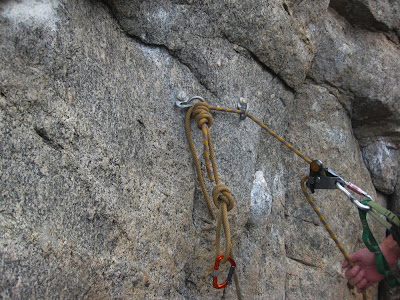 Figure 2: A double rope rappel using the Gri-Gri (yes both ropes are orange)

Eli Powell - Thanks guys. Yeah, the vid is a little different than normal. It doesn't show any particular climb, but I think it had a good feel, and is helping to teach me how to tell a story.September 15, 2009 – 12:33 pm

Jamie - In the Figure 1 version, is your rope being pulled thru both chains?

In the Figure 2 version, why not just put a Mid-Line Fig-8 (or somesuch) on the far side of the doubled rope, just past the chains, so you can still pull your rope down when you are done?

To be honest, these are kludges that remind me why i stick to ATCs.

Jeff - I have also seen where a climber will tie in with a figure 8 with one end of the rope, loop the rope through the rings, and then clip in with the grigri to the same harness. When you reach the bottom un-tie, and pull the rope through. There is a lot going on with the front of your harness, but I think I would be more comfortable with that route. Also it eliminates any rope snags you might run into trying to lower the weighted end.March 21, 2012 – 11:32 pm

jeremy - Jeff, pay attention. Thats exactly whats shown in figure 1. And I too prefer an atc but I know people who actually do rap with a grigri. They do it for the scenario in case of rock fall to the point of unconsiousness, the device will lock. I know the grigri should be treated as an atc but I can’t say its a bad idea as a backup. For those who think any of these setups described above are “too complicated” maybe rock climbing isn’t for you. This is basic ropework.August 7, 2012 – 10:24 am