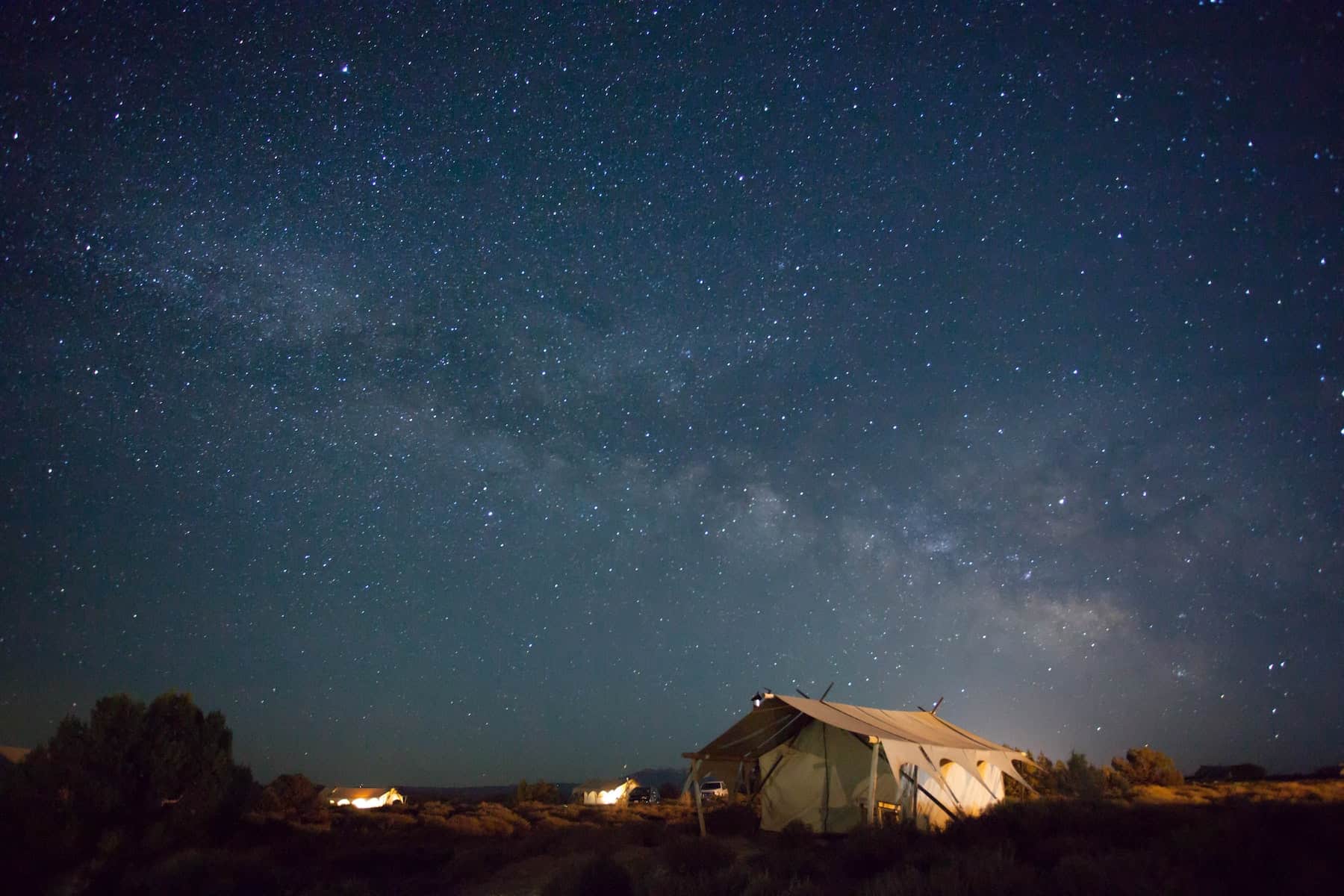 What do climbers call someone who has very little income, works irregularly, and lives cheaply to spend every possible moment pursuing a sport they find irresistible? If they’re lucky, the world will dub them a “dirtbag” (aka climbing legend!), and you should, too.

In rock climbing, mountaineering, Alpine skiing, and a handful of other outdoor sports, the word “dirtbag” is a term of the utmost admiration and even endearment. Some might even call it a badge of honor for those who scale heights that others only dream of achieving.

Is the Title of Dirtbag Climber Something to Aim For?

Absolutely. Dirtbagging emerged out of rock climbing’s earliest days. Dedicated climbers abandoned all connections with traditional work and lowered their living standards for extended periods to pursue this unquenchable passion for climbing.

In that sense, a dirtbag went after what they wanted with the singular focus of an Olympic-level athlete. These adventurers shunned the rat race, house mortgages, and anything else that could tie them down. They valued time over money, lived in cars or tents in national parks, and explored isolated locations to stay close to the rockfaces.

If we fast-forward to the technological age, the internet has catapulted dirtbagging into a far more accessible way to live in our society. A much wider pool of people can now pursue this badge of honor, as remote working makes the quasi-dirtbag life a viable pursuit, even with a full-time job.

More About the ‘Dirtbag’ Way and How to Get Into It

Choosing a dirtbag existence is crafting a lifestyle to being wholly immersed in Mother Nature’s bounty, but there is more to it. The first known media reference to this unique title was when actress Claudine Longet went on trial for shooting Spider Sabich, a professional Alpine skier, in the mid-1970s.

In the end, Longet faced a conviction of criminally negligent homicide for Sabich’s death, and the media frenzy made its mark. Sabich earned plenty of money from skiing and regularly socialized with the wealthier residents of Aspen. The news surrounding the trial included a reference to the humble sportsman’s frequent remark to friends along the lines of, “I’m just a dirtbag; who am I trying to fool?”

The rest, as they say, is history. However, a huge part of the dirtbag lifestyle’s subsequent ascent to fame was the undeniable contribution of Fred Beckey, one of America’s most prolific mountaineers, and Yvon Chouinard, Patagonia’s founder.

Born in 1923, Fred Beckey dedicated his entire life to climbing and mountaineering. His playground was North America, where he accomplished many first ascents, like the Northwest Buttress on McKinley Mountain with Henry Meybohm in 1954.

Beckey certainly didn’t climb for fame or money; he simply enjoyed life in the mountains, as immortalized by Corey Rich’s shot where we can see him hitchhiking on the side of the road, with climbing gear and a sign that reads: “Will belay for food!!!”

In 2017, Patagonia released the must-watch documentary appropriately titled Dirtbag: the Legend of Fred Beckey to celebrate his contribution to rock climbing history.

Yvon Chouinard, from Dirtbag to Billionnaire

At 83 years old, the American rock climber Yvon Chouinard makes a fascinating study in dirtbag ideology. He is an environmentalist and outdoor industry businessman who is also a billionaire. As an early adopter of the classic dirtbag way of living, Chouinard is the “original gangster” of dirtbags.

It was no surprise that Chouinard began inventing climbing gear in the late 1950s. He needed just enough income to equip himself for the climbs ahead, but it was not an easy journey. Some of the dirtbag’s infamy relates to surviving on cat food during youthful climbing trips, a practical and cost-effective means to keep himself strong enough to scale the heights he has managed to achieve.

Chouinard was a leading dirtbag climber of incredible talent and dedication. He took up the sport in Yosemite Valley during the 1960s “golden age” that many climbers cherish to this day. He was also an early ascender of the North American Wall and El Capitan.

Valley Uprising was a 2014 film documenting the early days of rock climbing in Yosemite National Park. The captivating film quotes Chouinard saying that the Yosemite Valley rock dwellers of the early 1960s were all dirtbags, including himself. The legend’s consistent advocacy for big-wall climbing techniques has been instrumental in the sport; Chouinard virtually created modern high-grade alpinism.

His belief in how crucial gear was to the experience was also prominent. In the 1970s, he founded Patagonia, the outdoor company famous for its sturdy clothes and unwavering environmental focus. Today, the businessman is still the most articulate advocate for style, being an essential feature of modern rock climbing.

How to Take on the Dirtbag Definition with Style

He describes the original dirtbags of history as on the fringe, including unsavory habits like dumpster diving and stealing tourists’ food. However, the podcast’s focus is modern, outlining the outdoor community’s tremendous development in the major climbing areas around the world since those early days. It provides space to explore the meaning of the word (climbing or anything else), including having the courage to prioritize what we care about.

Rock-climbing enthusiasts could embrace a new definition for dirtbag: someone who follows their heart, wherever that may take them.

Purists claim that “nomadic” workers are not the same as true dirtbags. Nonetheless, many modern dirtbags feel that they share a common denominator. They still value time over money and immerse themselves in irresistible outdoor activities–in other words, live the dirtbag dream.

If the dirtbag lifestyle appeals to you, perhaps you already live it in principle.

Ten Ways to Know Whether You Might Be a Dirtbag

Here are ten ways to determine if you qualify for the dirtbag lifestyle:

#1 You love Mother Nature and are willing to give up modern amenities.

Would you give up necessities to spend more time outdoors? Think about items like three square meals a day, hot showers, and air conditioning.

#2 You do not need indoor plumbing.

Can you bathe while shooting white water rapids, skinny dipping in a creek, or getting caught in a rainstorm while on pitch 5 of 12? You might be a dirtbag.

#3 Your home has four wheels, terrible gas mileage, or leaks, but there is an elevated platform for sleeping with gear storage underneath.

You might also obsess over how others design practical and portable homes.

#4 You can sniff out free food.

Do you know precisely when the grocery store discards expired food? Have you got food sampling down to an art? These valued dirtbag skills might serve you well, especially if you feel nothing about eating off the plates of complete strangers.

#5 You live for rock climbing, rafting, mountaineering, and international travel.

If you possess an impressive ability to start a conversation about these topics with anyone, the dirtbag gene might be in you.

Celebrating with an expensive microbrew does not fit your style like a simple draught of whatever is cheapest. In fact, it might be as much of a sport as climbing.

#7 Your mostly thrifty clothing allows you to focus on living the dream.

Underwear might also be optional. However, if you follow Yvon Chouinard’s trailblazing, one of two good-quality items may be essential.

#8 You put every penny toward the lifestyle.

Needing to “get a real job” might mean you are doing something wrong. Go back to #1.

Late spring, summer, and early fall mean rafting and climbing; wintertime brings ski slopes. You could even avoid the cold with some well-placed Southern Hemisphere climbing.

You practically tremble with excitement when describing your life to others, making it worth it. Your life fits in a backpack, and you wouldn’t have it any other way.

After the high of describing the climbing dirtbag life, we wouldn’t want to crash it all down for a finish. However, it’s essential to recognize that poverty is not a trivial matter. And that we are not all equal in the face of it.

“We were young and could climb and enjoy risks because we had freedoms that non-white America does not have. We were part of a culture that I regret. White privilege let our ‘fraternity’ exist, and we could be inappropriate, and do just about anything without consequences.”

While dirtbagging may appear as a glamourous destiny to embrace for anyone, the truth is that pulling it off will not only be a matter of passion and commitment to crags but will also depend on the color of their skin, their level of education, the wealth of their family, and so on.

As such, let’s not only strive to be dirtbags. Let’s ensure we strive for a world where everyone can embark on this journey; if it’s only for the few, then it’s not worth it.

Originally native of Oregon, Gab has been living and climbing in Europe for the last five years. He started indoor bouldering after reading Eiger Dreams of Jon Krakauer before falling in love with rock climbing. He's planning to spend most of 2022 scouting the French Alps for the most beautiful crags from his base in Briançon!