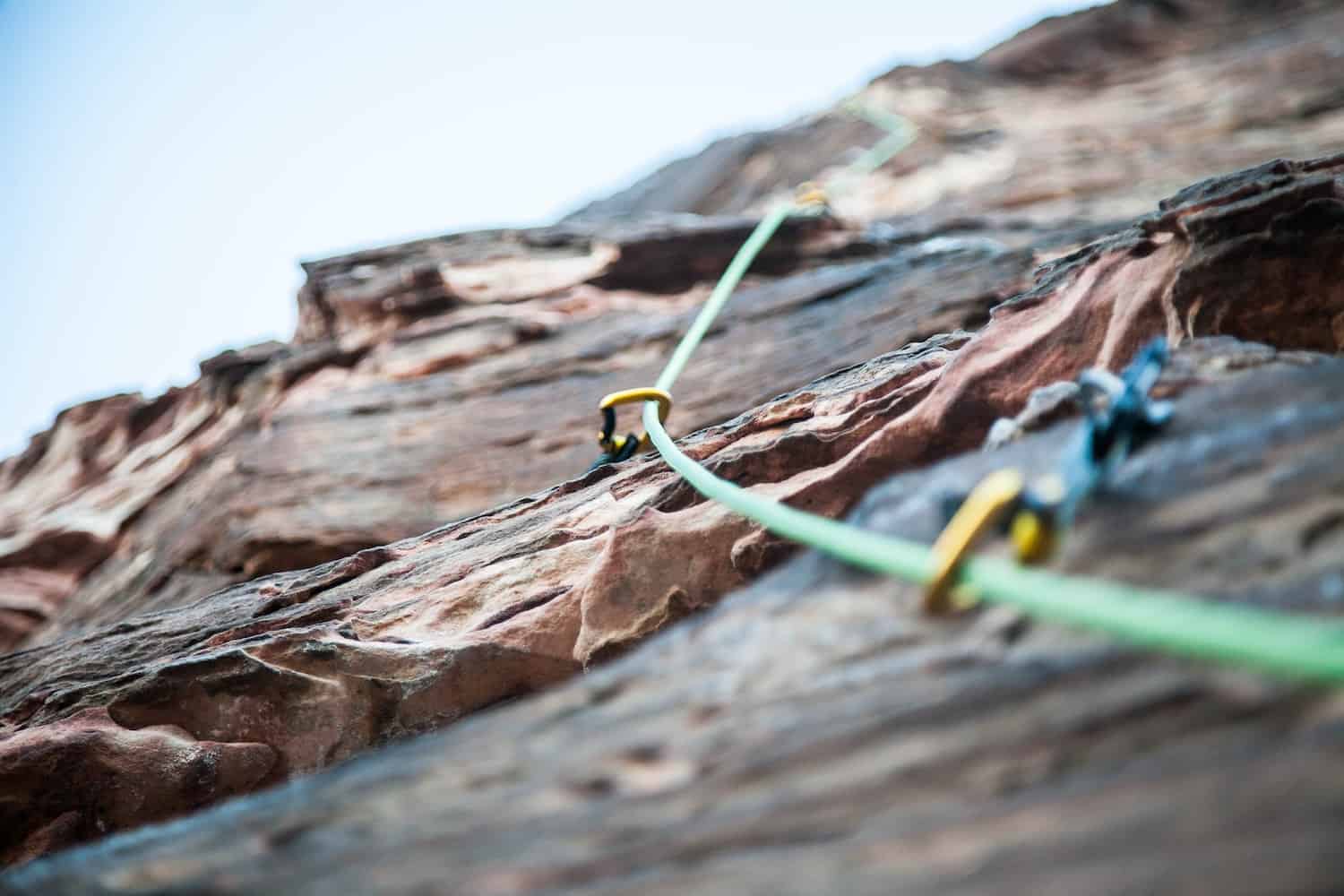 One of the worst falls I’ve seen firsthand was a toprope swing on a traversing line. The climber fell into a huge pendulum, hit the rock, got spun sideways and was very lucky to escape with only cuts and bruises. Protecting a follower can be more complicated on a wandering route and the lead climber often must take extra precautions.

In the Feb. 2011 issue of Climbing magazine, I discuss this topic further and give methods to ensure a safe day out for both leader and follower. Check out the piece online at the Climbing.com Tech Tips section here, or round up some couch change and pick up a copy of the issue (the Boone Speed photos of Chris Sharma alone are worth a few bucks).

Eli had an important piece of advice in addition to the topics covered in the Tech Tip:

When placing gear to protect a traverse, the leader should pay attention to the force that would be exerted on a piece during a fall. In a left to right traverse, the leader might fall from right of the piece, resulting in a certain set of torques and forces. The follower, on the other hand, would fall from left of the piece, resulting in a very different set of forces. In some cases, the leader may want to place a piece to protect the follower and a different piece to protect herself.

One of the most important ideas I wanted to stress in the Tech Tip was the need to place gear after cruxes. On lead, a piece at the crux protects the difficulties. However, the follower may have to remove that piece while still in the middle of hard moves. If the remaining easier traverse isn’t protected, he may face a nasty top rope swing if he falls at the crux. Making a point to place gear after a crux can be especially important for a very strong climber who may be tempted to run it out once she encounters easier terrain.

Traveling a bit off line for gear is one method to protect a follower on a traverse. Artist: Jamie Givens; Image appears in Feb. 2011 issue of Climbing

Thanks to Jeff Achey for input and Jamie Givens for an awesome illustration.