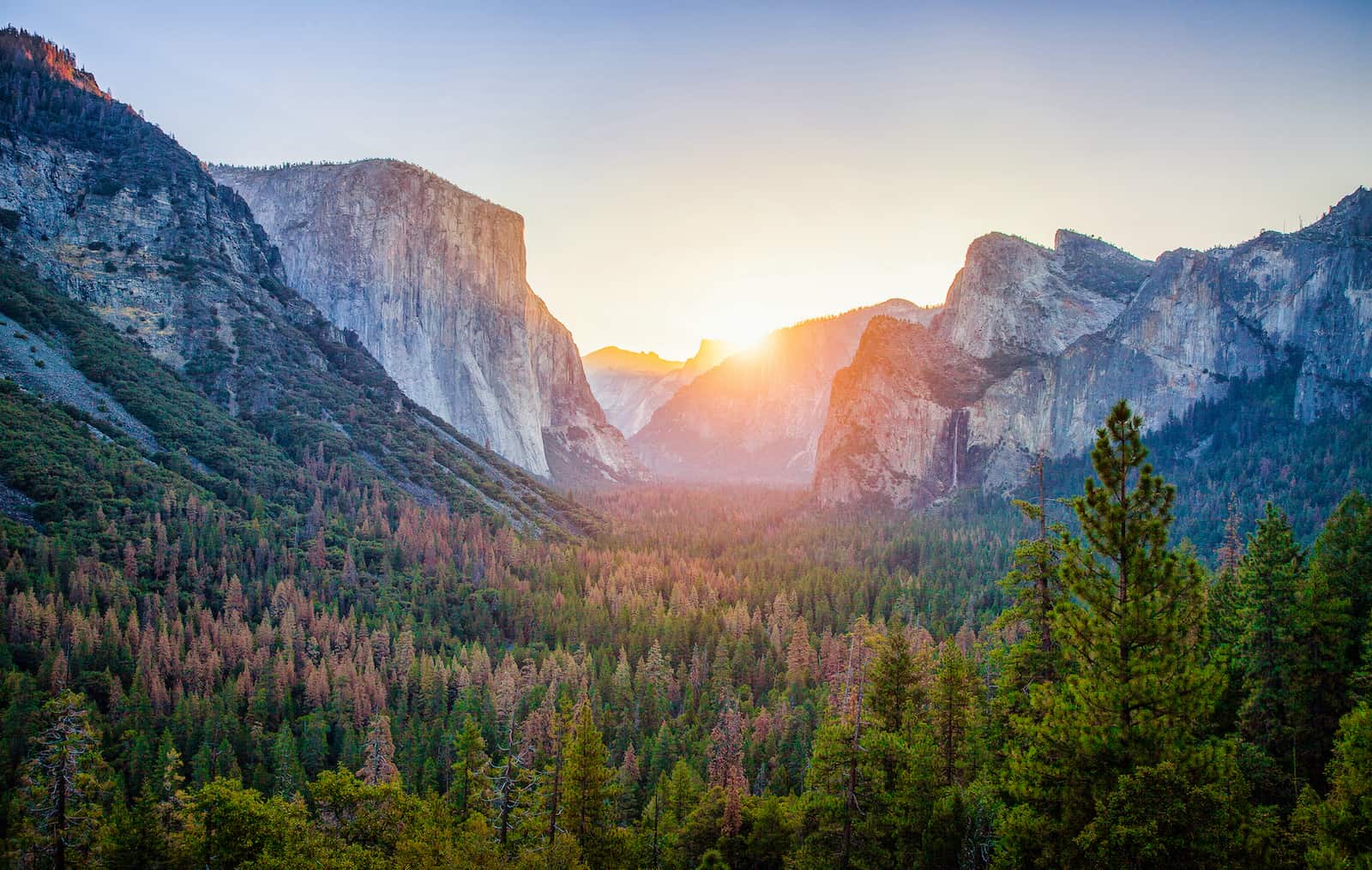 This route was no exception. The first ascensionists, Charles Cole and Steve Grossman were known for being conservative with gear placement. They, like Rusty, performed well 40’ above their last piece and their routes exemplified that strength. So when it came time for Rusty to lead pitch six, it was no surprise to see 100’ feet of knobby face climbing paving the way to a bolt that would be the only protection. With Lowe at the belay, Rusty took off and ran it out in typical confident Reno fashion. Knob after knob brought him to the 5.8 mantle to reach the security of the bolt.

He contemplated the mantle, as it turned out to be less trivial than he imagined. Experimenting with various microchips and inconspicuous depressions, he maintained his cool despite looking at a 200’ fall. Finally, Rusty has a little conversation with himself;

And so it went. High foot, grab the smear, eyeball that bolts only feet away, and tell yourself it will all be over soon. The only problem is that’s not the way it went. Somewhere in the middle of that, a foot slipped or a hand blew and that sent our hero on the ride of his life. He spent the following seconds skating down the smooth granite face of El Cap; 30’, then 40’, then 70’ then 120’. Finally, at the 200’ mark he hit the end of the rope and slammed into the dihedral to his left. Jarred, but conscious, he ascended the rope to inform Alex that he’ll need to lead this pitch. Now, Alex had just recovered from a large fall in Alaska that winter, and recognizing Rusty’s condition, he chuckled and said, “You’re a mess! We’re going down.”

Meet Russell Reno, former Yosemite bum, professor, father, husband, and educator to the wide-eyed youth of Omaha’s climbing community. He, fortunately, survived the plunge on Jolly Roger with a few bruised ribs and a sore back. He, of course, spent a couple of days in his tent with a steady supply of Asprin and rest. After those couple of days though, he felt “human again” and he and Charles were back on El Cap. That time it was on Zodiac because he needed the comfort of a route he knew he wouldn’t fall on.

Rusty is nothing short of legendary in these parts. And it’s not only because he survived a 200’ fall. In fact, that story has become subsidiary to the larger constitution of our local icon. He is a friend and patriarch. During our time together, he has been a wealth of knowledge and inspiration, not to mention a matter of fable. In short, Rusty has IT.

With no real plan, other than to climb, Rusty hitchhiked from Portland to the Valley. He arrived Labor Day weekend with one carabineer, his EBs, harness, and a backpack. The next few months were educational and adventurous, to say the least. His time was spent mastering the climbing craft and exploring the Valley with fellow blossoming Yosemite legends.

He was back in California in late January, but to his disappointment, there was far much snow on the ground. And so he did what Yosemite Bums do (now). He retired to, the then undiscovered, Joshua Tree. In many ways, Joshua Tree was the anti-Yosemite. Where the Valley was the epicenter of American climbing in the ’70s and ’80s, Joshua Tree was still a local secret. In Yosemite, it was not uncommon to meet climbers from around the world. Rusty even had the pleasure of meeting Reinhold Karl who had come to conquer El Capitan. Joshua Tree was inhabited by the Southern California crew of the ’80s. Names like Bachar, Cole, and Long were likely to be your partners at Joshua Tree.

And so he momentarily retired from the life of a dirtbag to return to Philadelphia for school. Unfortunately, that was short-lived, as he was more drawn to pursue that at which he excelled; namely climbing. After a couple of semesters, he had stepped back on the road, backpack slung, and thumb extended, bound for the West. The next few months included traveling among the Canadian Rockies, the Tetons, a job on an oil rig in Wyoming, and of course Yosemite. Although it seems that settling back into the Valley enlightened him of the hastily-conceived decision to leave school. This realization was then followed by a shameful call to the dean expressing his regret and pleading his case to return.

Right about now is usually where the story ends. Our hero has his fun, but eventually, life catches up to him and he’s forced to move on. He goes to school, gets a job, has kids, and grows old. We all know this presupposition of the climbing bum lifestyle. But apparently, this social construct did not suit Rusty. His years as an undergrad were lean with respect to climbing. Three sports, study abroad in Deutschland, and influential classmates seemed to keep his head in school. Additionally, the distance between him and suitable destinations had grown beyond its practical limit. That’s not to say that as soon as classes ended in the spring, he wasn’t back on the road.

However, his graduate school years saw a pivotal moment in his climbing career. It’s easy sometimes to place boundaries on ourselves. Living within life’s paradigms or dismissing opportunities is a sure formula for disappointment. Some conversation with his friend Charles, who had been commuting six to seven hours weekend after weekend between Redlands and Yosemite, seriously opened his eyes to the possibilities of climbing on his side of the country. Charles’s six-hour commute really put Rusty’s three-hour commute to his local area in perspective. Furthermore, he realized there was much that could be gained from weekend trips and even more to be lost by ignoring these opportunities. So with a revised focus, he began a period of “slash and burn” trips to destinations that until recently seemed so far away and he continued at this pace through the milestones that historically marked the end of this lifestyle.

Now, during his years in graduate school and beyond, allowing climbing to occupy so much time could be perceived as a bit selfish, but his particular anecdote illustrates a great point. In all aspects of life, from climbing to careers, we face boundaries, oftentimes ones that are self-imposed. In this case, the limitation was only allowing a climbing trip to fit in a strict definition. Another example is the climber who quits as life “catches up to him.” However, Rusty speculates that those who limit the scope of their effort in this way are trying to escape a lifestyle that no longer interests them, thus the self-imposed limitations.

Conversely, it is by no means improbable to be able to maintain the balance for those who wish to continue. The keyword, of course, is balance. Hardly anyone will be a 5.14 climber, the CEO of their own company, and maintain healthy family relationships, but the secret is to find the balance of all the things that are important, realizing (and this is the key) that there will be sacrifices. Suffice to say this balance is different for everyone.

With some experimentation, Rusty found his balance. His time these days is split between the classroom, his study, his bicycle, his family, and climbing. He is to the point where his drive to remain in climbing is fading precipitously, but what keeps him in it? Like most, part of it is the camaraderie. His wife, Julianna, once likened being a climber to being a member of a fraternity. Someone like Rusty knows someone nearly everywhere he climbs. I am reminded of a time we were driving out of Eldorado Canyon SP when by chance one of Rusty’s former friends from Yosemite was having a yard sale in Eldorado Springs, complete with a print of Rusty hanging from a fixed-line 2000’ feet up El Cap.

Check out part 2 of this interview here.