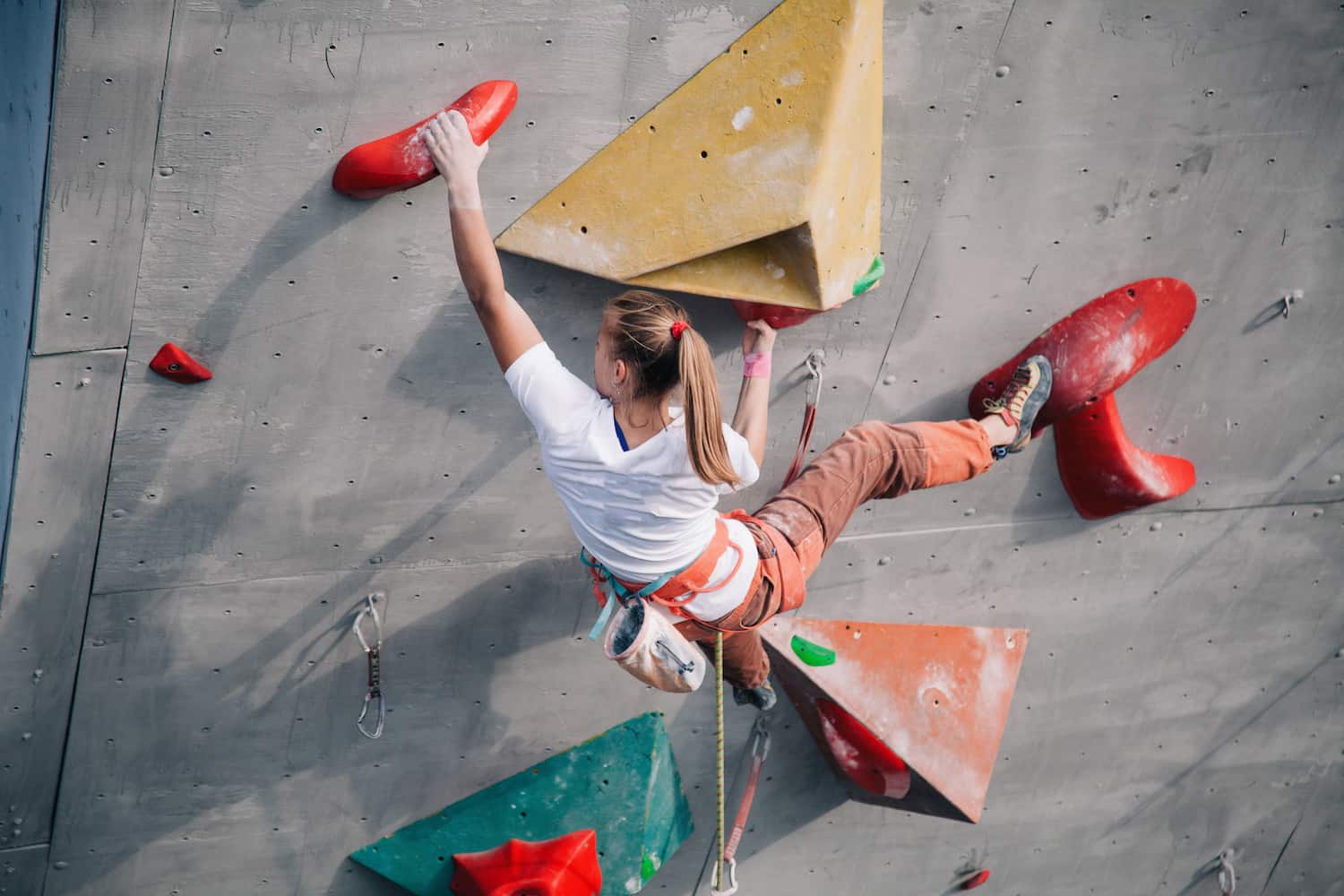 Winter is entrenched in Boulder. Several inches of snow fell through the night, and several more are expected today. The Flatirons, usually clear from my kitchen window, are obscured by thick gray. Even Canyon City, home of Shelf Road’s reliable winter destination, appears mired in wet cold.

Fortunately for us spoiled Front Range climbers, the Boulder Rock Club offers the Boulder Climbing Series in the winter months. More than anything, the BCS motivates me to stay in shape and train hard in the off-season. This year, the BCS consisted of three comps. After each session, everyone relaxes with free beer, pizza, and a raffle – more on the raffle below. The season winner of each age group, determined by cumulative season score, receives a 6-month BRC membership.

Our Boulder crew was well-represented throughout this year’s series. Lizz, Eli, Adam Neef, and Ian all competed in at least one comp, while Ron, Tyler, and I entered all three. Enjoy some pics, courtesy of Eli Powell, from Friday’s festivities.

For a comp, 20 routes are set, route 1 being the easiest and route 20 being the hardest. The harder a route, the more points it is worth. From my estimation, the route difficulties are broken down like this:

Because most BRC members are between 5.10- to 5.11+ climbers, the majority of routes are concentrated in that range.

The BCS comps have a different feel than many others because of any given climb’s all-or-nothing nature. As soon as your feet leave the ground, you either send and get the points, or you don’t and get nothing. Slapping the top hold and peeling gets you a big, fat 0 and a pump you then have to deal with the rest of the night. Flashes are worth more than redpoints, which are, in turn, worth more than toprope ascents. A climber only counts her top three scores.

My strategy throughout the season, which I would recommend to others, was to determine which three routes I had a chance at in a best-case scenario and then go for the easiest of the three. This way, while I was utterly fresh, I was ticking off a score I would need in any case and getting off to a good start. Usually, this meant beginning with route 16. Assuming I sent the first climb, I would take a short rest then climb the next route inline (route 17). If still on track at that point, I’d have two of the three scores needed for a complete sheet and still at least two full hours to get my last score. At that point, I’d be safe to climb a more accessible route (route 15) to ensure points and still have plenty of time to rest for a fresh attempt at a more challenging route (route 18). If all goes well, I then have three quality scores and can flail all I want on the harder lines.

Throughout the season, I was impressed with the route setting. In each comp, routes neighboring in difficulty were of different styles, thus testing a variety of strengths and skills. For instance, route 15 had crimps and pockets in the last comp, with some balance-intensive moves and foot-matching, culminating in a distinct and challenging crux. Route 16 consisted of small underclings and pumps crimps up a slightly overhung wall. Route 17 started with powerful moves on big holds that led to core-intensive arete-hugging followed by a desperate set of crux moves to the top. Route 18 tested endurance up the meat of the severely overhung wall.

In any given comp, several climbers were bunched near the top. It seemed that routes 18 were a bit too easy, while routes 19 were a bit too hard. However, these 4-5 people all probably climb within a letter grade of each other most days, so I understand why it is hard to separate them. This year, the comp organizers moved the kids and family comps to Saturday morning instead of overlapping them with the individual adult comps. This resulted in shorter lines to get on routes, less congestion in the gym, and an overall better atmosphere and more enjoyable experience. Bravo to the BRC, Kevin, and other comp organizers and route setters (Jonathan Siegrist, Tony Yao, Brent, Patrick, and others) for the 2010 series.

In each comp, I flashed routes 15-18. That was good enough to win the male 20-29 age group. I’m happy with the win, but what I’m stoked about is that over the entire series, I zeroed in and climbed the routes within my range without any mistakes.

We made out like bandits in the raffles aside from having a fun time with some competitive adrenaline. Lizz won a pair of La Sportiva climbing shoes of her choice. Tyler won a Mammut tent. Ron won a slick base layer and a sexy manbag. And I came out with a hang board and a Mammut windbreaker. I think Adam Neef won a koozie or bottle opener or something. Way to go, Adam!

It can be intimidating putting your climbing on display, especially if you feel out of shape or generally apprehensive about competing. But in the end, for $15 ($25 for non-BRC members), you can have an intense night of climbing, beer, and pizza and a perfect chance of winning a great raffle prize. Why would you not do it? Hopefully, we’ll see you next year!